Suffer Yourself is a funeral doom metal band and it was initially formed in Poland in 2011. Later they've moved to Ukraine and finally to Sweden. ''Ectoplasm'' is LP which was released in 2016 as a co/release of Satanath Records, More Hate Productions and  Cimerian Shade Recordings. 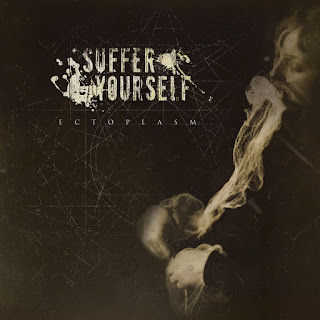 Collosal dark tones are overlaid with melancholic doom melodies, all entangled with gloomy keyboards and clean guitars that evoke the best moments of Evoken. Dreadful doom/death metal, with songs which are constantly evolving with fresh parts, not allowing a moment of monotony. This album is filled with excellent deep growls, distressful recitations and eerie and stinging DSBM screams, creating leaden and dense atmosphere of imminent doom.

Vocal arrangement at the beginning of the first song, ''Ectoplasm'' brings hurtful screams entwined with growls, followed by obscure slow riffs and bringing back the atmosphere first Wormphlegm. There is a gorgeous slow crushing riff somewhere around the 3rd minute, born in pain from the break with mournful melody that's crawling out of it. That's the first among many on this album, a riff which withers and scars everything in front of it with its massive energy, soon to be joined by severed and slashed opera/like female vocal effects, extended with deep church/like recitals. 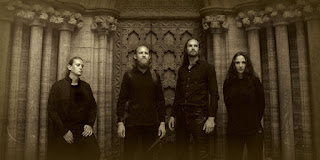 ''Abyssmal Emptyness'' is beginning with strong vibe of Morgion. It has creeping melodies followed by whispers, and clean guitar parts followed by growls. Haunting melodies constantly intertwine with crushing riffs which are sometimes followed by growls which turn to DSBM screams, like somewhere around the fifth minute. There is a break afterwards with sound like a gramophone giving birth to poignant melodies. Keyboard melody somewhere on 7 and half minutes really got stuck in my mind. Break afterwards brings ua blast/beat that draws on early MDB.

''The Core'' is beginning with clean guitars and all previously mentioned parts, and at some point crushing riff is followed by the sound of a sonar,intensified later with sorrowful melody. There's an interesting break with cranking door, and in the end we hear a female/voiced recital.

''Dead Visions'' begins with a riff that moves slowly like a river of lava, joined by the echoing solo melody. There's a lightweight and atmospheric part with clean guitars that 's caressing like a spring wind, followed by whispers, and the atmospheric riffs afterwards are followed by a melancholic melodies and recitals and disheveled growls and screams on clean-guitar parts. Recital in Russian sounds pretty harsh, shifting at slow pace, intensified at the end,  joined by creeping melodies. Ghostlike female cries really gave me chill, followed by evolving gothic keyboards and chorals. Sounds of echoing bells end this song.

''Transcend The Void'' is a great way to end this masterpiece, with a spectral recital in the background of creepy guitar sounds that constantly emerge from it.

By my humble opinion, this is one of the best doom releases in 2016 for sure, recommended for fans of Abstract Spirit, Evoken, Morgion, Swallow the Sun.
Posted by Bog Otac Reviews at 3:57 AM