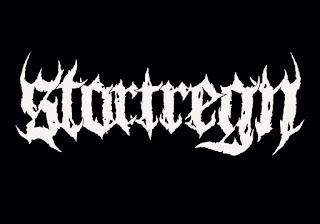 Storgren is a melodic black metal band from Geneva, Switzerland, and ''Singularity'' is a 10 track LP that was released in May of 2016th via Non Serviam Records. 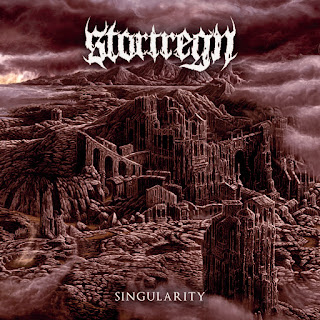 Dark tremolos in vain of Dissection are overwhelming and swarming this fine piece of album. Melodies are tastefully combined with thrashy riffs, sometimes followed by a blast beat, sometimes by simple drumming ''ace''. Some riffing passages can even be related to Dismember or even early In Flames. Scream vocals are great, combined with a harsh growls. Melancholic solo tunes alternate with obscure tremolos. The album is full of potent arpeggios, like the ones that start ''Acosmic Ascendant''. Modern riff on the third song ''Crimson Death'' where bass pedal riff follows its twitch is later confronted with riffs in the manner of Goetenburg death metal, and in ''Never ending singularity'' we hear a doomy recitation in order to inject the completely Swedish death riff. ''Aurora'' begins in melancholic tone and with BM riffs, and its tremolo melodies lead us to simple and beautiful solo. ''Black Moon siluette'' begins with striking melody that leads to the dark clean decomposition, and vocals shift from whisper to frantic screams. The beautiful passages of acoustic guitar are common, like the ones that open up this fine album on ''Enlighten Salvation'', later joined by interwoven doom melodies.  ''Elegy'', an instrumental with chords and their decompositions on acoustic guitar slowly progressing, and their evolution reminds me of atmosphere of earlier Opeth's works. Acoustic guitars are heard on breaks, like in ''Omega rising'', a song with beautiful dark solo melody alternates with potent arpeggios. Break in ''Aurora'' also brings quite relaxing part on clean guitars, ending the song, and dark chord decomposition on ''Nightside of Eden'' is pretty obscure, and beautiful passage on an acoustic guitar is joined by whisper in the end of ''Vertigo'', which is started with a potent dark tremolo.

Recommended for fans of Dissection.
Posted by Bog Otac Reviews at 5:14 AM