Acheronte is war black metal band from Italy. Their LP has been released by Satanath Records last year.

All of the seven songs are true battle hymns, lyrically based on furious warlords.  First song depicts Assyrian warrior spirit, guiding us through the sphynx guarded triumph gate to uncompromising and truly energetic black metal. Songs are victorious odes to Alexander the Great, Diocletian. Attila the Hun, Genghis Khan. Vlad Tepesh, and the last one is inspired by the ancient Aztec ruler. 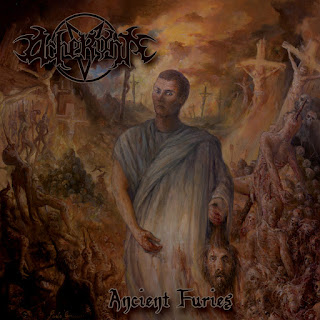 Scream vocals that mostly reminded me of Inquisition  are constantly intersected with growl vocals, thus giving the songs an extra dynamics. Striking sharpness of distortion is also fundamentally noticeable, acting  like a conquering sword through the flesh of enemies. Uncompromising and pure savage war power riffs reminded me to those of Marduk and Infernal War, with their raw energy and aggressive and striking effect. Release has generally retained much of its original distortion rawness in their final mix. 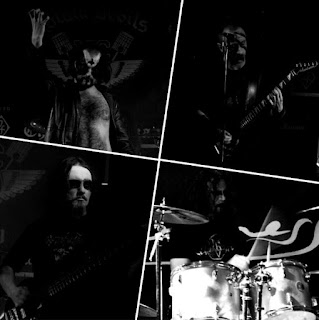