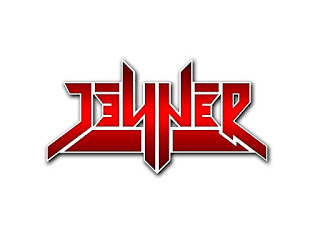 I haven't heard any band breaking the widely spread dogma of the women inability to cope with something that is mostly considered as male dominated music for a long time. But some girls can even dominate the spheres of '' male '' metal, and even elevate above the majority of their male counterparts. Jenner is the living proof, and their LP '' To Live Is To Suffer '' is available through the French record label Inferno Records. 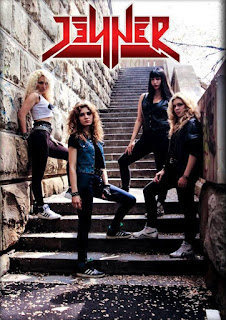 The mixing production of this album is in accordance with world standards, a modern approach offers refreshment to Thrash Speed ​​genre that is mainly based on the replication of the eighties. The vocals are great, especially due to the fact that, personally, I'm not the greatest fan of Heavy Metal and high pitched vocals in general, but when I hear the these girls' performance, I literally shudder. Not to mention the banal fact that no member of the male sex can not remain indifferent to the sexy appeal and the striking contrast of the pleasantly moaning and soft vocals' tone against the fast, technically perfect harsh metal background. The first time I've heard vocals in ''Factory Of Death'' I had a feeling that I'm listening to women version of Heathen. Especially beautiful and delicate are the occasional minor accessories of terzas on vocals, which are simply playing with the intensity of stanzas. Furious, yet melodic singing just spills like a spring of youthful energy upon strong thrash riffs scorching everything in their path, building a strong and concrete-solid  arrangement of material. 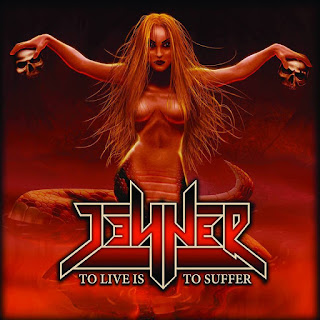 Songs are abundant with the occasional breaks which I simply adore. They give birth to crushing and thrashing aggressive riffs, as well as to groovy rhythmic ones, shifting the rhythms and not allowing even a speck of monotony. In the epic  and heavy riffed chorus of ''Hear The Thunder Roar'', we can also see women gang vocals as a presentation of crude female energy. Backing aggressive vocals that ask '' How deep is your greed? '' like a mantra in self titled song serve as ingenious wall of additional musical and rhythmic background. The mere beginning of the song somehow exudes atmosphere of Testament. The choruses like the one in '' The Heat Is Coming Again ''  are beautiful and memorable, with a solo melody that mimics the melody of chorus itself. '' Demons Call '' has an extremely seductive and ethereal chorus and the song is ending with vocals that slowly fade and mystically disappear into fade-out. in the song entitled '' On The Judgement Day '' solo is alternating with vocals, excellent and refreshing motive that ends this song. '' Silent Killer '' has a strong Pantera-vibe riff with guitar squeals mid of the song, and in ''Opened (On The Table)'' In the middle of the song we can hear some Destruction vibes. All of that is fused in unique and quite elegant feminine way. The beautiful and surreal dark '' squealing'' part ending the song is an hidden ace up the sleeve. The vocals slowly ascend, ending the album with their culmination. 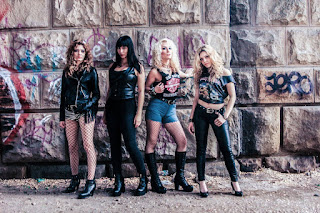 Posted by Bog Otac Reviews at 7:22 AM