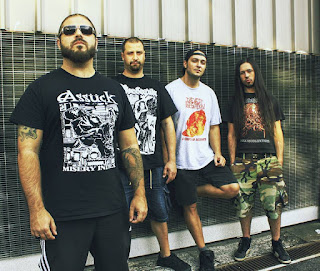 Stench of Profit:
10.Intro
11.Forced Control
12.Fuck You! You are nothing
13.Mental Depravation
14.Pathological Bastard
15.Daily Hatred
16.Know Your Shit or Live in Ignorance
17.Calve Fast
18.Divine Education
19.The Small Minded
20.World’s Human Rudeness
21.No Sense
22.Torture Bliss
23.How Will You Talk After I Cut Your Tongue?
24.The Dance of Deceit
25.Regression Index
26.Passive State
27.Outro 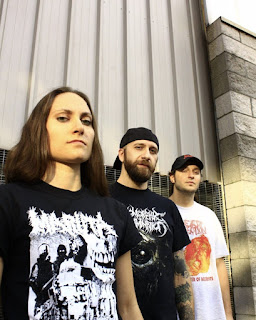 Being one of the most exciting bands of 2015, MINDFUL OF PRIPYAT have released their debut self-released EP on January the 6th the same year, entitled ‘’…and Deeper I Drown in Doom’’. I saw the EP instantly online, and started blasting it, and I instantly fell in love with it. The aggression, the power, the raw force this Italian band has is simply incredible. Their EP consisted of 16 tracks, and now they’re back, after 2 years of silence, with a brand new split entitled ‘’New Doomsday Orchestration’’, released via Everlasting Spew Records, on March 1’st, 2017. The split contains 27 tracks, 18 done by STENCH OF PROFIT, and 9 done by MINDFUL OF PRIPYAT. The constantly radiation and death inspired band never ceases to impress me with their brilliant lyrical themes, and the new one is just about the same on my excitement level. The EP sounds brutally aggressive, much better than their previous material, which did sound pretty aggressive, too, but this is something completely different. I can feel that the signing to this label did only good to them. The first side of the EP where the previously mentioned band is, is more of a raw, brutal, and nasty grind core/death metal oriented side, while the other side is more of a crust, punk, and a bit metal influenced side. If you’re a fan of NASUM, PHOBIA, or ASSÜCK, give both of these bands a well worth spin on their newest split, and support the shit out of them! 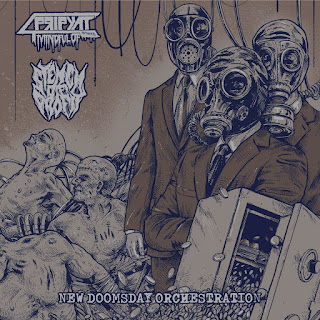