Oracle is a melodic black death band from Alabama, United States. The band was created in 2016 and '' Beyond Omega'' is their first release. The album was self-released. 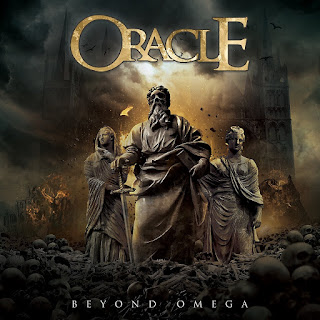 Churning arpeggio themes are being born from epic keyboards that start '' Aeons of Madness '', and Lovecraft's famous quote may be heard. ''There Will Be Blood '' and ''The cleansing'' begin aggressively and ''Beyond Omega'' begins with shifting echoing motif.  ''Tomb of Serpents '' starts with chord decomposition on clean guitar, and, finally, ''Blood stained Epitaph '' begins with a growling recitation, with keyboards as its backround. But they all tend to lead to the memorable groove of crushing modern middle tempo riffs. The vocals are mostly harsh growls, going deep if required. Solos are beautiful. For example, ''By the hand of Astrea '' has two solos, with the other one being longer and more intense. ''Tomb of Serpents'' has got the rhythmic riff reminding me of slow groove of Immortal's ''Beyond the North Waves''. The chorus of ''The cleansing'' is a black metal inferno, and somewhere in the middle of the song really amazing thrash riff that got me nodding like insane in its rhythm. The chorus of the song is both epic and somehow melancholic. The song ends with guitar arpeggios (similar to the guitars first introduction on the first song), which leave room for the main keyboard tune, carried gently with the sound of the freezing wind. Beautiful ending passage that got me shudder. 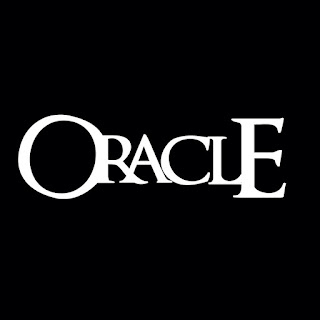 ''Beyond Omega'' is abounded with groovy death riffs, swirling black-death tremolos and beautiful keyboard passages in their background, creating the majestic epic atmosphere. Highly recommended for the fans of Ex Deo, Gloria Morti and Fleshgod Apocalypse.

Posted by Bog Otac Reviews at 5:32 AM