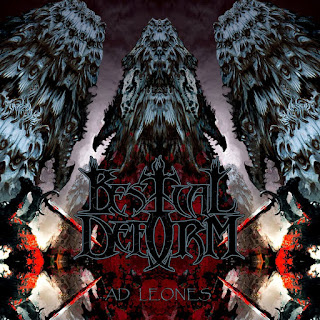 The choir singing in the background of the constant beastlike roaring introduces you to this incredible awakening of roaring death metal beasts, ready to tear, plucking and devouring everything in front of them. The band hits you like a fist right in the face, delivering their brutality, energy that completely blows away. Excellent sharp growl vocals, grinding riffs, deadly drums. In the whole album we see the presence of many schools, a lot of influence of Morbid Angel's, Suffocation's and other old-school champions, a multitude of striking melodies, but it's all done with a unique personal charm and each segment of the song is great itself. Some tremolo passages have oriental Egyptian note, typical for death metal. a note that we were already accustomed to by giants from Death to Morbid Angel, such as those in the Immolation's 'Majesty And Decay', Blood Red Throne and their '' Children Shall Endure '' and those alike. So this Full Length release combines brutal and deep tremolo melodies, beautiful melodic passages, almost black metal parts, some 'fine-grained' 'tremolos that sometimes remind me of great moments of Deeds Of Flesh, Vile, and those alike, all followed by ''warrior''-like riffs. The best moments: '' Chariots '' - an ingenious riff on the part of the chorus, where the growl vocals accompanied by mantric chanting. '' Christianos Ad Leones '' - Pernicious part where chorused vocals repeating '' Christianos '' achieved a great effect. And as an outro, roaring lions devour their prey massacred, same as I was devoured by this beast of an album. 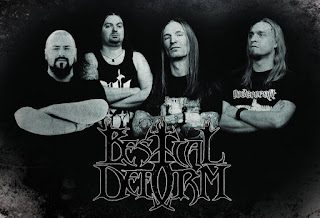 We're Blood of Romulus!
We're Children of the Wolf!
We're descendants of the God of War!
We're Emperors!
We're Legion!

(Originaly written for HeadBang, edited and translated by author)
Posted by Bog Otac Reviews at 5:43 AM