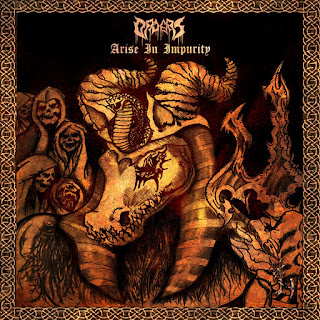 Orobas is a band from Dhaka, capital of Bangladesh and impressions after listening to their EP are quite positive. Their EP ''Arise In Impurity'' is released in CD and CD-R formats in May of 2016. CD edition (500 copies) was published as a co-release of Russian Satanath Records' sub-label, a label known as Symbol Of Domination Prod. (Belarus) and the Black Lion Productions from Sweden. As a CD-R edition (200 copies with 200 stickers with Cover Artwork included), it was issued for Wolfmond Production from Germany. 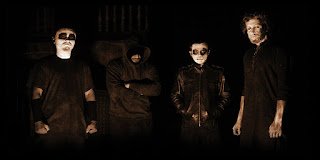 EP starts with creepy and haunting instrumental intro, in which haunting keyboards sound ghost-like. The second song ''The Ravana'' is dedicated to the first of three evils, sometimes presented as a demon Rakshasa, ten-headed devotee of Shiva. In the artwork he is represented with trishula, Indian fighting trident. ''Lord Ramesses'', the second evil of the old world, Pharaoh Ramses, who was mentioned from Bible to Nile's song  is also in the cover, presented with the Pharaoh's crown. '' Bad Blood Hunter '' is, as Hephaestus explained to me, dedicated to Satan himself, and it's definitely best one on album, a real death metal slaughterhouse, in which great riffs alternate with even better black-death tunes from beginning to the end, growl vocals  alternating with scream vocals, end the sound of ukulele. Since I am a big fan of traditional musical elements combined with metal (from Nile and Ade to panslavic bands like Temnozor and Nokturnal Mortuum,  I can only say that I was thrilled with this part. Completely unexpected ending, which took me back to the moment when I have heard Death's '' Crystal Mountain '' for the first time, and a great end of - solo on acoustic guitar combined with the distorted, electric one. One might notice a snake on Pharaoh's crown that presents him. The EP is closed with a cover of Venom's ''Black Metal''. One might think that this song has been covered too many times by too many bands, but when covered by these hard working guys from Bangladesh it shows clearly what their concept of metal is about and where they draw their energy and inspiration from.

The band doesn't really bring anything new to this specific genre of metal, but the fact that the bands in this part of the world make such an agressive metal music is very impressive to me and these guys have done a very solid job with this release. On the cover, they're presented as five misty figures in the left, and only the session member facing away from the others. Excellent and creative concept, I like the hidden background behind it.


This EP is marked with old school vocals and it's mixing classical European elements with the oriental. It has everything: melody in the manner of the works of the Egyptian Scarab and atmosphere of Origin's ''Wrath of Vishnu'', the melodies reminiscent to Monstrosity, melodic thrash-death riffs and even ukulele combined with the sounds of distorted guitar in the background. 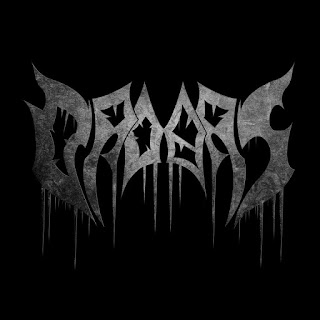 (Originally written in Serbian for HeadBang)

Posted by Bog Otac Reviews at 9:42 AM

Email ThisBlogThis!Share to TwitterShare to FacebookShare to Pinterest
Location: Montenegro