Zornheym is the band from Stockholm, Sweden, founded by a man known under the alias Zorn, who has started the creation of Zornheym after leaving his former band, acknowledged Devian, determined to make an extreme metal symphony based on the horrors of the patients of a mental institution.  We could say that horror themes  in spheres of symphonic black metal are nothing new, we might be used to them through the works of Carach Angren, but I personally prefer bands like Zornheym, because I do not like too much progression added to metal, which is one of the main characteristics of the Dutch. 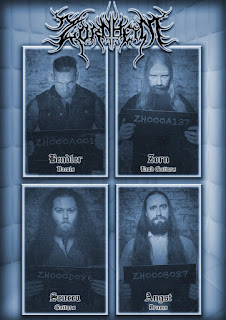 The whole album is made on the principle of King Diamond's, who, as we know, makes albums converted into conceptual horror story, with each song as a separate paragraph. Basically, the same idea is present on Zornheym's debut, but with an interesting addition : their stories are made real through additional comics, with each single having one. This is a review of two of their singles, '' The Opposed '' and ''Silent God'', which are available on all the digital platforms of the Dutch label Non Serviam Records. The singles were released as the announcement of their full length album. 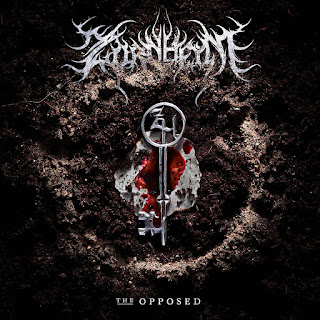 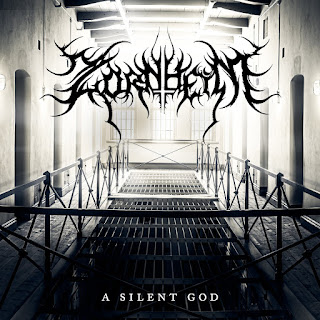 The mysterious creaking opens the first single that I've heard, ''The Opposed'', like creaking of the sinister gate that leads us into truly horrific atmosphere of this song. The song itself gives its painful birth to strong rhythmic riffs, combined with a choral epic keyboards, with the whole hymnal atmosphere sounding like Ex Deo playing some really good black metal. All this is painting a picture of an apocalyptic black metal maelstrom in the minds of tortured insane patients, and as you see the flashes of a battle scenes that they lead with their nightmares and their inner demons, while their world disappears in the all-devouring flames of madness. Tremolo motifs feel like a ride, and the riffs where the bass pedal follows hitch are a lot Carach Angren like, but made with Zornheym's own signature. The choral keyborad giving it a dramatic, and intensified vibe, sometimes in the background. leaving space for the birth of a beautiful solo melodies and tremolos. Solos are beautiful and melodic. In the second single I've heard, ''Silent God'', sudden '' Oriental break is brilliant, and the second break leads us to the pandaemonium of crying and exhausted clean vocals that sound really creepy.