Helleborous is a black metal band from Manitou Springs (USA). It was formed by two brothers, Jared and Wyatt Houseman, whio are also known as members of the acknowledged Akhenaten. 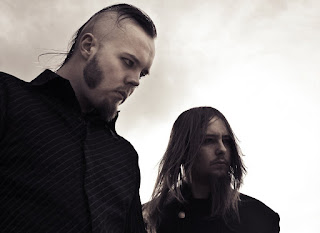 Helleborous also stands for the name of the rare species of a beautiful, but yet poisonous flower that blooms only in winter. This very interesting and artistically minded beautiful cover art with lots of hidden motives  hides a masterpiece album with a lot of obscure melodies as well, poisonous as the flower and dark and cold as the long winter night. The cover includes a flower that is both snake and the tree in the same time with mystical Hebrew letters from the forbidden Kabbalah mantras, and in the background, statue of satyr and a women having a period. All in all, we have a strong vibe of ''Akercocke meets Urfaust'' lyrics of aristocratic and elite occultism, as well as of esoteric and occult mystical sexual energy, which flows freely through the songs like the spring of Thelema's True Will. 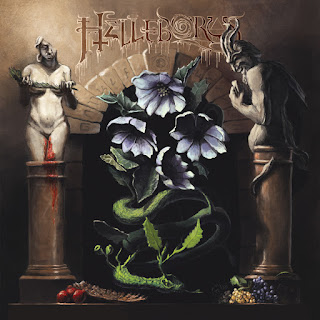 Helleborous - '' The Carnal Sabbath '' is a Full Length Album issued for Satanath (RUS) and the Black Plague (USA) on 17 June 2016. It is a release that spawns darkness at the first hearing, as incredibly dark guitar melodies constantly emerge from its nocturnal womb. In the background of all the discreetly hear apocalyptic keyboards. Scream vocals which remind me Ancient's Aphazel, guitar squeels on in the background singing the first stanza leave a strong impression creepy. Each song is extremely elaborate with parts' arrangement, but the band is definitely more focused on the dark atmosphere than the speed, and I like it. The band doesn't lack speed as well, songs evolve from creepy chord decompositions to the peak of reaching insane climax with the occasional blast beats and schizoid keyboards (such as those on '' Helleborous black ''), creating gruesome mini symphonies that are in my opinion the greatest asset of the album. Powerful thrash metal riff on ''Temple of Daath'' is by my humble opinion by far the most powerful and forcefull riff on the issue, and as a contrast to it we have groovy rhythms suiting more to Alternative bands like Autogeni Trening in style, but followed by very obscure tunes and scales. Each song is constantly evolving, mixing the different variations of songs' basic melodies as if they were mixing a deck of cards, not allowing any of the songs to be borring. The lads are playing with different styles,  remaining on their own and unique. Eg. '' Edge of waters '' is the song that goes to almost standard rock'n'roll alternative parts, sounding more like perfectly packed, darker and less strenuous Alogia song. In the song ''Colored Spores of Yuggoth'', with Lovecraft's name for Pluto and its inhabitants, extinct alien speices, we are faced with alien sounds and eerie interkosmic guitar scream as occasional motif. Some song arrangements remind me of Lifelover which I adore, with spontaneous intro for extremely powerful, slow thrash riffs in middle of the same song. 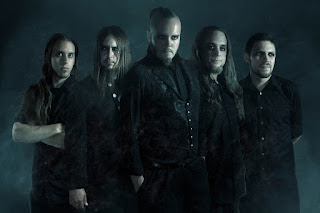 All in all, a unique, extraordinary and quite dark black metal release, a true refreshment in a genre.