I must say that I haven't  felt so excited for a long time as when I've received my digital copy of Full Length Album of Italian Maze Of Sothoth.  Ever since the first time I've heard 'Seed of Hatred'' I wanted to hear the album in its entirety. And my expectations were completely justified. It's amazing death metal release! The album shall be released via Everlasting Spew Records on January 9, 2017.

The first thing that I've noticed was unique artwork, quite artistically oriented, which shows the titanic, monstrous and all-destroying entity, the album in front of us which we'll have to face, and maybe survive. 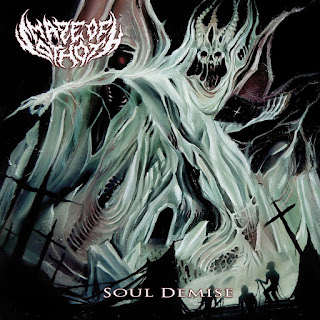 The intro begins with the deep sounds of wind and ominous keyboards that are discreet, and in the background they constitute slowly, as if coming from the vast ocean's depths in which this monstrous, ancient creature dreams. Sharp, toxic distortions that have reminded me of those used by Maveth by their sharpness cut the listener in half. The songs are rich with Morbid Angel-like tunes that I simply adore (personal name for the type of melodies used by various bands, whose concept I have personally explained in the Review of Bestial Deform). Monumental, massive tremolos are raging like furious Pazuzu's storm, destroying everything in its way. hammering blast beats fit in as perfect as the mid tempo parts. Incredibly deep, heavy and massive growl vocals, which seem to echo from the ancient, gloomy catacombs are a special plus, as if we were just in the pyramid of Nefren-Ka, also Lovecraft's fictional pharaoh who has inspired Nile for the title of the album. Ghostly solos seem enchanting, guitar style greatly resembles Trey Azatoth's a lot, as they spontaneously develop, crawling out from grinding rhythms as a huge, Typhonian snake, sounding otherworldly. The flirting with Floyd Rose and a sense of cosmic infinity reminds of certain segments of solos from 'Secured Limitations'', but with such a genial uniqueness and personal signature. Occasional mysterious keyboard are soft and gentle.

The monumental and beautiful melodies like those on ''At the Mountains Of Madness'' and ''The Outsider'' crush everything in their way, entwined with powerful, potent and shifting riffs. But all done in an unique, perfect way. Schizoid riffing parts are entwined with sharp-cutting, galloping and monolithic riffs, and often guitar squeels sound like a storm of flashing razors, falling from the sky and cutting the flesh. Technical abilities of the band never cease to surprise. As they say, It's all the matter of finesse, but this band knows how to combine them with a unique style. 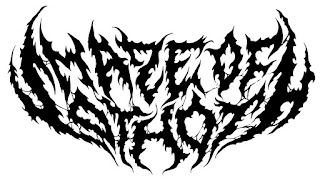 10 tracks of monolithic death metal, and I can hardly choose favorites, but if I had to pick the brightest moments of the album, they would be (by my personal taste) ''Lies'', ''At the Mountains of Madness'', ''The outsider'', as well as instrumental ''Azzaihg 'Nimehc''.